52th International Art Exhibition. Think with the Senses - Feel with the Mind. Art in the Present Tense (2007)

Some things happen more often than all of the time

The artist Rafael Lozano-Hemmer, along with the curators Priamo Lozada and Barbara Perea, was the first one to represent officially the Pavilion of Mexico, placed in the Parazzo Soranzo Van Axel, with the set of installations called Some things happen more often than all of the time.

The exhibition was constituted by six digital installations created with software and hardware designed especially for them. Since one of the principles of digital art is the direct interaction with the spectator, the works of Lozano-Hemmer allowed the visitors to experiment the works first-hand. The artist turns the body into a catalyzer tool for his work, which is transformed into an alternative of dialogue between visitors that, without the need of interacting with each other, can see themselves and the others through the installations.

Venice Biennale: Turkey And Mexico Have Their Day

As the Biennale reaches full speed, with huge crowds elbowing to see art, several countries are getting their first real moments in the sun.
The New York Times June 9, 2007

Some things happen more often than all of the time di Rafael Lozano-Hemmer a rappresentare il Messico a Venezia
Exibart June 7, 2007

Lozano-Hemmer at the Mexican Pavilion of the Venice Biennale 2007

Mexico at the Venice Biennale 2007 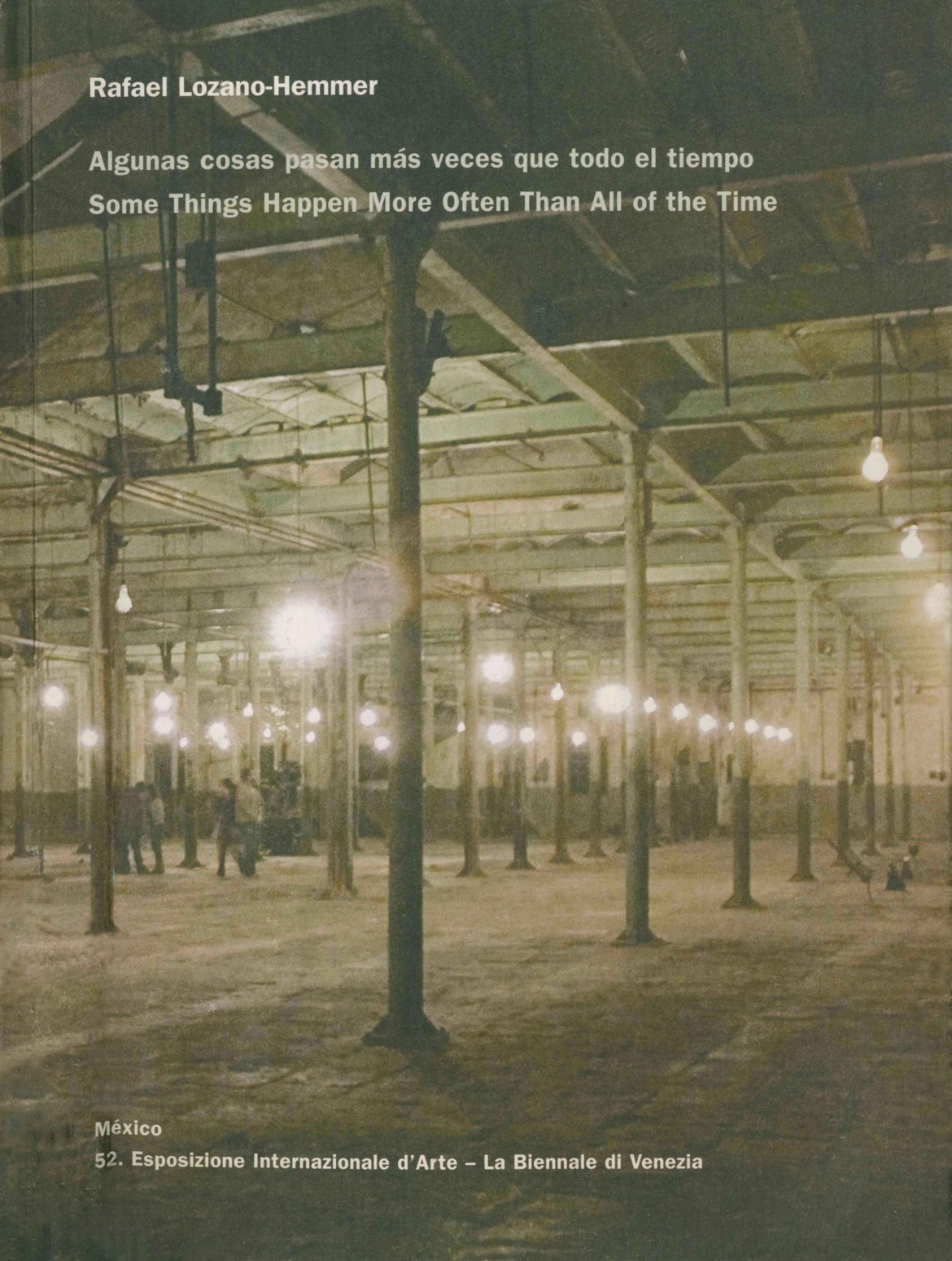